skip to main | skip to sidebar


Courtesy of Obama in 30 seconds. Rate over 1,000 ads, one of which will be selected for airing nationwide. Over 4 million votes cast so far. To vote on this one, click here. Each ad is scored on positive message, creativity, total impact, and total views. Voting is open through Sunday, April 27, 2008.
Posted by justice seeker at 7:11 PM No comments:

I just returned from a flyby over former Representative Cinta Kaipat's MyCNMI bog, and I find we are being parodied! Newly posted right under the turtle picture and right above her Worldtimeserver clock is this spiffy annimated banner:

They say imitation is the sincerest form of flattery, but ....

Look carefully now. Notice how the CNMI is banned? And the written message is "No to Federalization." I guess they finally got it logically right (but why this is what they want is beyond me):

Ban (destroy) the CNMI, say no to federalization.

Of course, we have to admit that the message is a bit ambiguous. After all, it doesn't actually say what they mean by "federalization." We are just assuming the reference is to the extension of U.S. immigration and naturalization law to the CNMI "in the manner and to the extent" provided by the U.S. Congress pursuant to its express authority under Section 503 of the Covenant.

What a wonderful word for an oppositionist, "federalization" -- it serves to spook or rile anyone with something to fear or dislike about the federal government; it plays to parochialism, insular pride, hubris, interests vested in patronage politics, and ignorance.

She also wants us to visit her new CNMI Labor Forum, and tells us PL 15-108 is a good law!

CNMI Labor Forum ... now that sounds official. Is it? Is this an official CNMI government blog? Run by Cinta Kaipat?

UPDATE: The Monday, February 11, 2008, Saipan Tribune reports that Ms. Kaipat has been appointed Deputy Secretary of Labor. Wendy Doromal, who gives a voice to the islands' Nobodies

, has supplied a trenchant overview of the implications of this appointment.

Official or unofficial, I am sure we can count on this new forum to be as clear, reliable, accurate, insightful, and helpful as Cinta, Howard, and company's recent pronouncements in the local media, and the statements of Governor Fitial, Charles Reyes, and the rest.

Remember now, if you are an alien and you exercise your right to free speech, you are "illegal." The Governor himself said so ... to a subcommittee of a standing committeee of the U.S. House of Representatives, no less.

PL 15-108 is carefully designed to limit the rights, benefits, and liberties of alien workers, make them more fully subject to the yoke, subject their every significant employment-related move to close administrative supervision and the imperspicuities of administrative personnel, and facilitate the removal from the CNMI of as many foreign nationals as possible, as quickly as possible.

PL 15-108 is indeed a good law. Despite Deanne Siemers's handiwork via the regulations to radically reconstruct it to make it appear less oppressive and make it less vulnerable to legal attack, it remains what it is: the strongest, most powerful proof the CNMI could possibly offer of the necessity and value of "federalization."

"Yes" -- to immigration federalization, the death of PL 15-108, and the dawning of the CNMI revival!

If you are interested in the status of alien workers in the CNMI, you know Howard Willens has been at it again. It being promulgation in the media (specifically, publication in both local newspapers and posting to former representative Cinta Kapait's MyCNMI blog) of an absolutely specious argument that H.R. 3079, to extend U.S. immigration law to the CNMI, is designed to have all kinds of negative and destructive aefects on alien workers and the economy.

His first absurd interpretation -- intended to strike fear in the hearts of foreign workers and confuse at least one U.S. senator into thinking the bill is conroversial and should be held up for further deliberation -- was exposed for the nonsense it was by me and by a Senate staffer as reported in the local media.

So apparently Howard figured he needed to try again, with a more detailed, more public "analysis" that he hoped ... well, we can't get inside his head (like Harry with Voldemort), but he certainly had the same goals and wanted also to defend his ridiculed (and indefensible) first position.

I have been trying to find time to prepare a post on the real plain meaning of H.R. 3079, laying out clearly and systematically what the bill actually provides so people can easily see for themselves the truth in this matter. This is a task I will complete as soon as possible.

In the meantime, Bill Wicker, Communications Director for the Senate Committee on Energy and Natural Resources, has given Mr. Willens a finger-wagging. I expect it will be in the local newspapers tomorrow, but you can read about it now at Unheard No More.
Posted by justice seeker at 7:00 AM No comments:

Absurd interpretation (or why is this man hiding his face?)

The banner headline of today's Marianas Variety (Monday, Jan. 28, 2008) screamed, "Willens:Guest workers have to leave NMI 2 years after federalization". According to the story, Mr. Willens, a lawyer supposedly of some repute, said "during a forum held at Porky’s Beach Bar in Garapan" that under the legislation before the U.S. Congress providing for the Federal government to assume control over immigration in the CNMI, "guest workers may remain here until the end of their contracts 'but no longer than two years after' the law’s enactment."

One thing is clear, the difference in interpretation advanced by Mr. Willens could only be entertained by someone opposed to the bill and thus desiring to sow fear and confusion in the community with a perverse (and feeble) aim of undermining the chances of the Federal legislation becoming law (or an even more perverse desire to inflict emotional distress on foreign workers).

Coming on the heels of former representative Cinta Kaipat's letter to the editor (apparently written by someone else) falsely claiming the Federal legislation calls for the deportation of every foreign worker presently in the Commonwealth within five years, this latest disinformation and propaganda gives pause, especially as it hints at the possibility of an orchestrated campaign by government officials and some others to mislead the public for the narrow ends of special interests.

The long and the short of it is that Mr. Willens picked particular language in the bill, isolated it from the rest of the provisions, disregarded the purpose and structure of the bill, and ignored the legislative history to produce the frightening scenario trumpeted by the Variety's headline. This approach offends several fundamental principles of statutory construction, including the plain language of the bill's text.

One of these is the principle that a statute is not to be interpreted to produce an absurd result. The idea that all workers presently in the Commonwealth would be required to depart within five or two years is a patently absurd result. This is especially so when the bill contains so many express references to promoting the CNMI economy and ensuring availability of an adequate workforce.

Other principles of statutory construction offended by Mr. Willens's misinterpretation are those which require that a statute be interpreted as a whole, and that no provision be disregarded.

The provision that Mr. Willens was absurdly interpreting simply provides for continued validity of immigration status provided by CNMI authorities for a limited period of time following assumption of immigration control by Federal authorities. During this period, persons with lawful status under CNMI law would retain that status and be able to transition into one of the statuses becoming available under "federalization."

There are at least three such statuses:

(1) the CNMI-only guest worker program, which is essentially the existing system under federal control and decision-making rather than CNMI, and will eventually be phased out,

(2) H-1 nonimmigrant status, which will be widely available because there will be no numerical limitations for the CNMI or Guam, and

It is certainly fitting that Mr. Willens's unsupportable interpretation of the Federal legislation was made at a "forum" at a bar ... and one that is already subject to a boycott for its owner's unethical practices in support of political agendas (in particular the Saipan Casino Act), at that.
Posted by justice seeker at 5:05 AM 3 comments:

As Hillary Clinton would say, "We're just warming up." A new campaign of disinformation and fear-mongering has been begun by the CNMI Department of Labor, indeed, the entire tiny cabal that created and supports PL 15-108 and would foist it upon us all over the objections and outcry of an overwhelming majority of a broad spectrum of the community and all of the most affected groups.

And they want to tell us it's good for us. And that the alternatives are bad.

We're here to fight back.

We're here to bring you the truth.

We stand always for People's rights over oppressive and unjust laws!
Posted by justice seeker at 3:48 AM 1 comment: 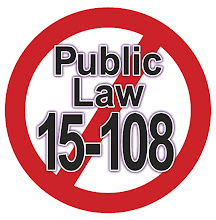 Sites, Links, and Blogs of Note